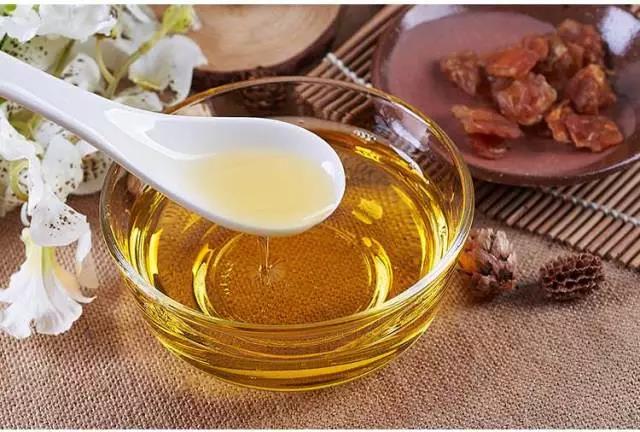 Peanut oil is one kind of edible oil obtained by physical pressing using peanuts as a raw material.

1. Consume the peanut oil will decompose excess cholesterol in the body to form bile acids and excrete, and greatly reduce the plasma cholesterol content.

3. For those who are female, consume peanut oil regularly will prevent them from skin aging and the formation of blood clots, at the same time it will protect the blood vessel. It also helps prevent arteriosclerosis and coronary heart disease.

4. Choline in peanut oil will improve the memory of the human brain and delay the decline of brain function.

Eating safe and pollution-free peanut oil is the real health.

Make sure the raw material is free from contamination

Color sorter will grade the peanuts into selected kernel, broken kernal, peeled quality, frozen and mildewed quality. Peanuts after sorting shows as below: 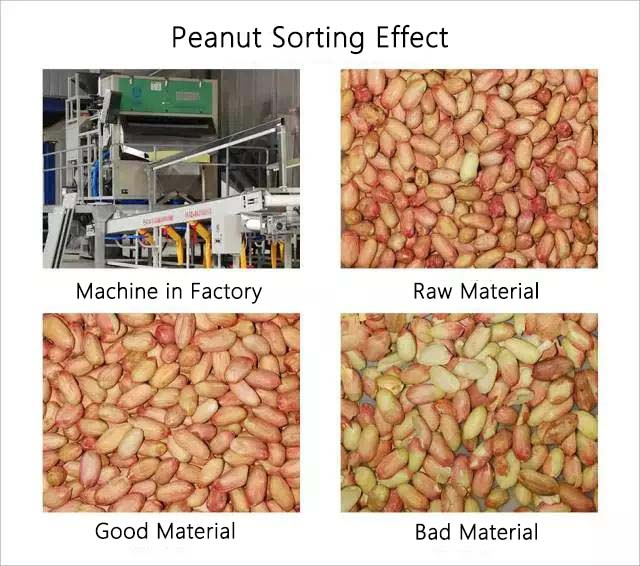 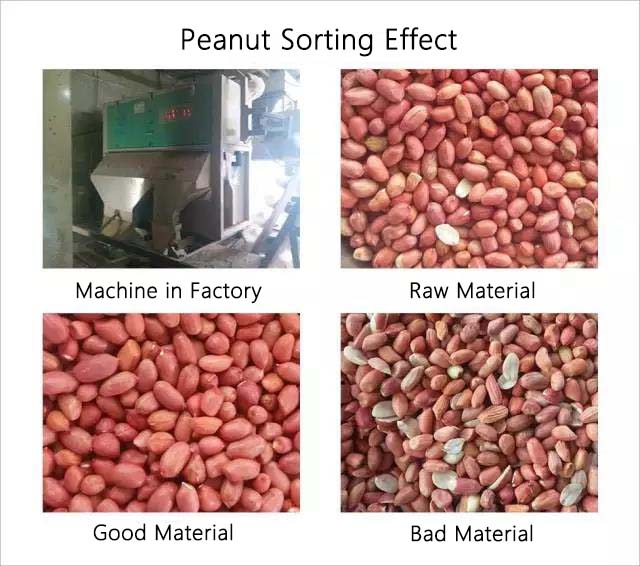 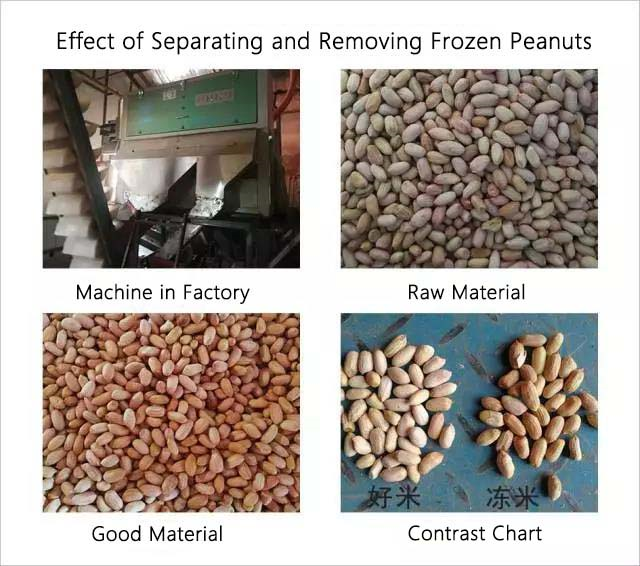 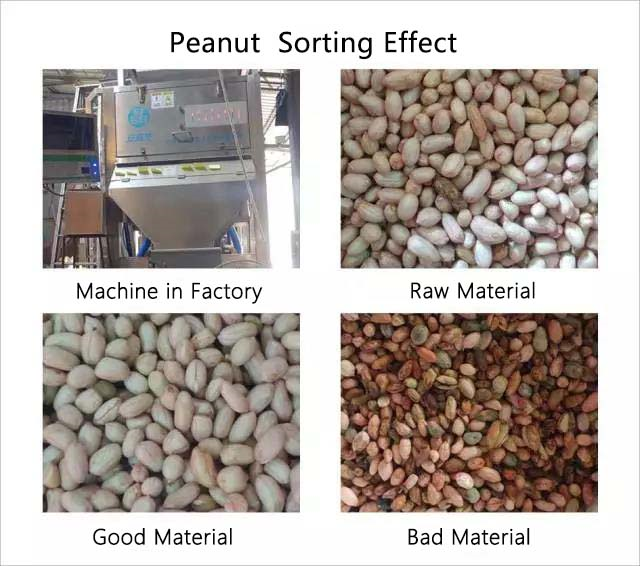 Selected kernel is generally sold directly in the market or treated as raw material, and also used to squeeze peanut oil.

Broken kernel and frozen kernel are generally treated as raw material for squeeze peanut oil. Above scenarios are free from food security.

However, if the moldy peanut is used to squeeze the peanut oil, the peanut oil contains aflatoxin, which is a carcinogen. Therefore, in order to ensure the safety and health of peanut oil, large oil plants pass through color sorters to remove moldy raw materials.

The way of  reserving the peanut oil is right

Peanut oil should be reserved at a temperature below 15 ° C and filled in a container, otherwise the lipase and oxygen will act on the oil, causing the rancidity and increase the peroxide value.

One "look" to see the color of the oil. The pure peanut oil is clear and transparent, the color is clear and yellowish, there is no sedimentation substance, and the dark color and turbidity are inferior peanut oil.

Three "fried" look at the cooking effect when cooking. Pure peanut oil, no fumes or fumes. No spill, no foam, the smell is fragrant and pleasant, on the contrary, inferior peanut oil, soot is too large, easy to overflow, foam, and even after cooking, the color becomes darker and darker is inferior peanut oil.

Six look for the QS mark.